Funeral Songs From Sinatra to Timberlake

It used to be that when you heard the term “funeral songs”, you immediately thought about traditional or church music.  Yes, songs like “Amazing Grace” on the organ or “Going Home” on the Scottish bagpipes are still comforting and appropriate for many families.  But there are more and more who are interested in a conversation around alternative options for both live and recorded music. 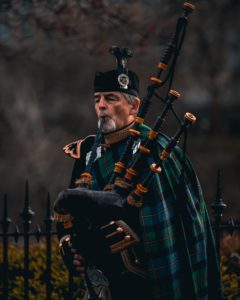 In fact, I have found that when it comes to music selections, it’s actually one of the first things people love to talk to us funeral professionals about!  From The Beatles or Louis Armstrong to Ed Sheeran, Sarah McLachlan or Maroon 5, we’ve heard quite a bit.  Because when it comes to song options, the sky truly is the limit!

How do you choose music for a funeral?

Well, sometimes people will choose funeral songs based on the artists or genres that their loved one enjoyed.  They also may choose songs that are meaningful and comforting to them.

In what ways can music be incorporated into a funeral, memorial or celebration of life ceremony?

Let me start answering this question with a story.

When *Sara lost her husband suddenly leaving her with 3 small boys, she knew she didn’t want conventional music for his service.  The family used to regularly have after-dinner dance parties to “Can’t Stop the Feeling” by Justin Timberlake.  The boys liked the idea of having “one last dance party with Daddy”.  So guess what we did at the end of the service in the funeral home chapel?

That’s right!  We were dancing and smiling with bittersweet tears pouring down many cheeks as Timberlake sang.  This isn’t the only time dancing has been part of a celebration of life I’ve officiated, and I can’t tell you how healing and cathartic it is for all in attendance!  Several months later, people told Sara that they still thought of Scott every time the song came on the radio which was so healing for her to hear.

Okay.  So you may not want a “dance party” per say.  But there are MANY different ways for how to incorporate songs at a funeral.

The following are just a couple of examples of the “how”:

You can have a specific song that you begin the service with.  It could be used when the casket and/or family are proceeding into the service or just the song that everyone listens to right before it begins while all are seated.

3) During a Video Tribute

The combination of snapshots from your loved one’s life along with their favourite song can be a powerful and moving element of a service.  It can also be a great way to break up speeches if there are more than one or two.

4) During a Candle Lighting or Other Kinds of Ceremonies 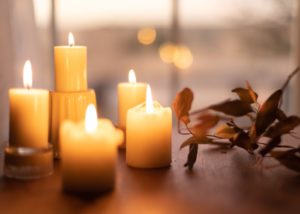 Candle lighting ceremonies can be religious or non-religious and can be a meaningful way for families to participate in a ceremony.  This especially often resonates for family members who may not want to speak at the service.  Some families like the idea of me reading a special candle lighting poem that I use.  Other times, it’s a song that plays while they come and light.

5) As You Exit Out of the Chapel or Other Venue

After the last words of the service have been spoken, it can be nice to hear one last song that reminds you of your person.  I often like to play a song and have everyone stay seated for the first 30-60 seconds.  We just take a deep breath as we listen.  Then we exit out of the room to the remainder of the song.

6) At the Graveside or Scattering of Cremated Remains

As you’re walking to the grave or as the casket or urn is being lowered, it can often be comforting for families to hear a piece of music.  Ask your funeral director or celebrant if they are able to bring a Bluetooth speaker for this time.

Finally, why choose music in the first place?

Songs at a funeral can evoke a wide variety of emotions and can help you and everyone in attendance express them.  And as we know, this is such a critical part of the grieving process.  I remember the son of the person who had died coming up to me and saying, “I hadn’t cried since Dad died, but once that Sinatra song came on, it all finally came flooding.”

Music is also a universal language and a great connector.  It connects us with each other as human beings as we mourn together.  Of course it can also help us feel connected to the loved one who has died.

Let me close with a quote from Willie Nelson who said, “We are the same.  There is no difference anywhere in the world.  People are people.  They laugh, cry, feel and love, and music seems to be the common denomination that brings us all together.  Music cuts through all the boundaries and goes right to the soul.”

And now we’d love to hear!  What songs, artists or even genres do YOU want played at your final farewell?