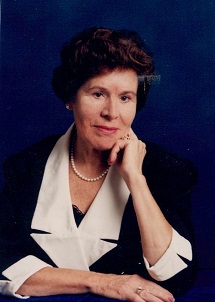 Due to the current pandemic restrictions and under direction from our regulator, the Bereavement Authority of Ontario, effective November 14, 2020 all funerals and visitations will be by invitation only to limit the number of people in attendance and prevent the spread of COVID-19. We encourage those that are unable to attend in person to express their sympathy by posting a message of condolence to our website, donating to a charity of your choice in memory of your loved one or by sending flowers to the funeral home.

It is with heavy hearts that we announce the passing of our dear Mother, Busia and Pra-Busia, Anna Burij. Anna (Nusia) passed away peacefully on the evening of December 30, 2020 at the Ivan Franko Home in Mississauga after progressively deteriorating health. She was 95.

Anna was born in the village of Zarichya, Ivano-Frankivsk Oblast, Ukraine, on May 8, 1925. She witnessed the horrors of WWII and was herself detained and questioned by both the Soviets and the Germans for her work as a secret courier for the Organization of Ukrainian Nationalists (OUN). Anna and her mother fled their village in 1944, making it out in the nick of time: the Soviet army was already entering Zarichya and theirs was the last train to leave the station. Her father Andriy was not so lucky, and Anna never saw her father again.

Anna descibed her post-war years in a DP camp in Regensburg, Germany, as some of the happiest of her life: enjoying friendships made in PLAST and choirs; assisting the local police and working as a nurse; and meeting her future husband Yakiv. The young family eventually made their way to Canada: Yakiv first, followed by Anna and her mother, as well as infant daughter Luba. Yakiv and Anna went on to build a prosperous new life for themselves in Toronto, with Anna working as a seamstress in the city’s garment district, and Yakiv as a surveyor.

Ukraine, however, stayed close to their hearts and they dedicated much of their free time to helping build their adopted country’s Ukrainian community. In the early days, they spearheaded the construction of the Taras Shevchenko Cultural Centre on Horner Avenue, securing the necessary funding to provide Ukrainians in western Toronto with a much-needed community hall.

Anna also continued to help her native homeland, setting up student awards for graduates of her old school in Zarichya, helping her close friend Anna Jaworsky in her initiative to build a new school of higher learning in the village, and contributing to the construction of Zarichya’s new Ukrainian Catholic Church.

For her extraordinary dedication to Ukraine and Canada’s Ukrainian community, Anna was honoured with numerous awards, including the Ontario Senior Achiement Award, bestowed by the Lieutenant Governor of Ontario, all well deserved. She will forever be remembered for her active volunteerism, her passionate dedication to all things Ukrainian, and her tireless work ethic. She was an inspiration to many.

Visitation will be held at Cardinal Funeral Home, Annette Chapel, on Monday, January 4, 2020, followed by a Funeral Mass at St. Nicholas Ukrainian Catholic Church on Queen Street West. Due to COVID restrictions, attendance will be limited to close family and friends. Condolences, however, can be shared at www.cardinalfuneralhomes.com. In lieu of flowers, donations to the following causes or charity of your choice would be appreciated:

Lesia Ferenc
Dear Luba and Family, Your mother’s work is a precious legacy which will continue to enrich the community for generations. May her memory be a blessing. Вічная пам’ять.
Oksana and Genia Dykyj
Dear Luba, we were saddened to hear of your mother’s passing. Bushman, as my mother called her, was one her her oldest and dearest friends. We have always admired her strength and determination despite all the hardships she encountered, and will remember her always. Вічна її память.
Marie Lytwak-Petryga
My deepest and sincerest condolences
maria lewycky
Dear Luba & Family - please accept our deepest sympathy in this sad loss of your mother, mother-in-law, & grandmother. I personally have lost a wonderful, loyal, loving friend that stood by me in the saddest moment of my life, slow death of my husband. Anna (Nusia) was a very special lady, in s many ways, but in my life - a very special friend, whom I miss and will miss. The loss comes up so vividly when I pass by close to Nusia's home - I see her welcoming smile; her optimistic humour always helped me togo in life & do some good, as she always did. I know Nusia is now with God, in the arms of our Heavenly Mother, never forgetting to pray for those she left behind. Вічна Память Дорога Приятелько.
Darka and Orest Twerdochlib
So sorry for your loss Luba. May she rest in peace. Will miss seeing you all at Hoverla.Вічна її пам'ять.
Larysa Ihnatowycz
To the Patterson Family I was saddened to hear of Pani Burij’s passing. Whenever I look down the hill towards your cottage I will always think of Pani Burij in her navy blue shorts standing on top of that old rickety wooden ladder cleaning leaves out of the eves troughs. She was truly a remarkable woman! Vichnaya Pamiat
Let Us Help You In This Time Of Need Contact us

As the coronavirus (COVID-19) situation evolves, Cardinal Funeral Homes is putting the health and safety of our guests, staff and community at the highest priority.

We are following direction from Ontario Public Health, Health Canada and the Bereavement Authority of Ontario and request that family members or guests who are experiencing any cold or flu-like symptoms (e.g., fever, cough, shortness of breath), have traveled out of province or been in contact with someone who has tested positive for COVID-19, refrain from visiting our funeral homes at this time.

Effective immediately the following precautions and procedures have been implemented:

Beginning November 23, the Ontario government have imposed new restrictions on funeral homes and cemeteries in Toronto in order to help stop the spread of COVID-19.

Now that the City of Toronto has entered the Lockdown/Grey level of the COVID-19 provincial response, all funerals/visitations will be limited to no more than 10 guests indoors and 10 outdoors.. However, in order to prevent more attendees than the number of guests allowed, we will not be posting the exact times of the events taking place and each service will be by invite-only.

In order to keep everyone as safe as possible, we kindly ask that all guests continue to practice physical distancing, refrain from shaking hands or having direct contact with each other if not in the same household or their established 10-person social circle.

Gatherings will be limited to up to 10 people at a time in a visitation suite. When coming for a visitation, guests are asked to pay their respects to the deceased, acknowledge the family from a safe distance and wear a mask/face covering at all times. Guest seating has been arranged to maintain physical distancing and will remain in place for all services and visitation in the funeral home.

Funeral services are still currently permitted at churches and places of worship. However, each place of worship may have its own capacity restrictions below the maximum limit of 10, so we will ensure that you are aware of the capacity limits for the location of the service you are attending.

Rites of Committal will take place with up to 10 guests at the cemetery, also depending on the specific restrictions of the cemetery.

Our Coffee Lounge remains closed and receptions are not available. Please do not bring outside food or beverages into our funeral homes.

All of our bathrooms are equipped with disinfecting hand soap and cleaned regularly. We also have increased the frequency of cleaning and disinfecting our public areas.

Hand sanitizer and masks are available upon entry and throughout the Funeral Homes. As well, signage has been posted throughout to remind all visitors to adhere to our new precautions and procedures.

Condolence Resources. Please reach out to families in their time of need. Friends should sign our online register books and/or send flowers, as only a very limited number of guests will be able to attend in person. While visitations and services are limited to smaller numbers of guests, families appreciate your show of support through this very difficult time.

For over 95 years, Cardinal Funeral Homes’ mission has been to provide exceptional and meaningful funeral service experiences for the families we serve through teamwork, dedication and professionalism, as well as to provide comprehensive bereavement resources. We will continue to make every effort to support our client families through their grieving process in this difficult time.