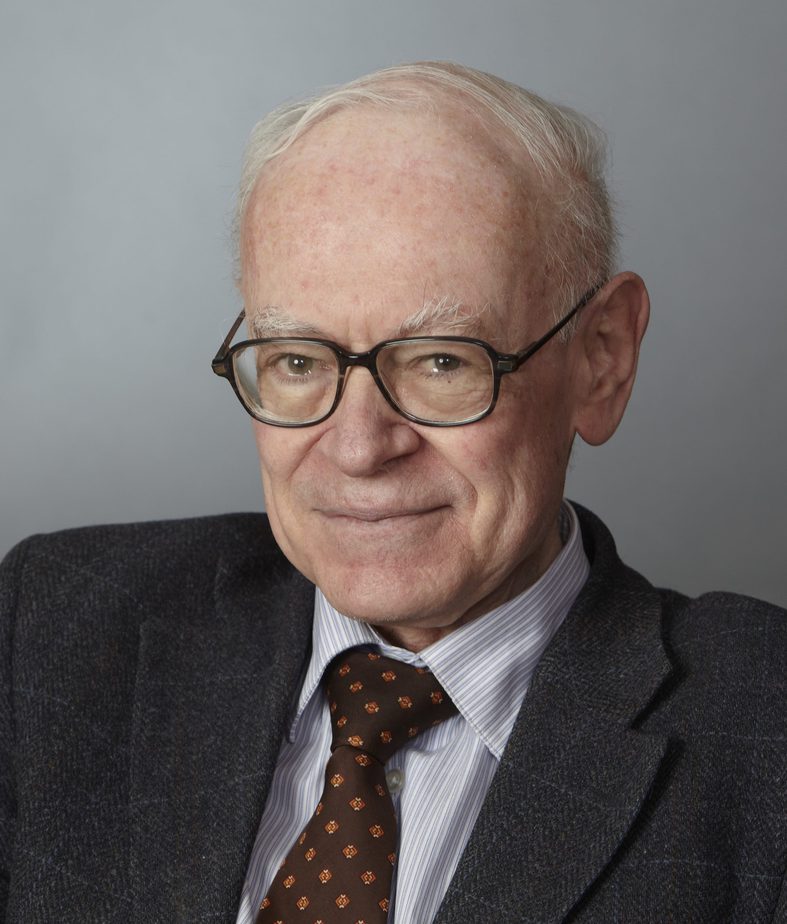 It is with profound sadness that we announce the passing of Professor Bohdan Medwidsky, the founder and benefactor of the Kule Folklore Centre and the Bohdan Medwidsky Ukrainian Folklore Archives at the University of Alberta, Edmonton.

A folklorist, academic organizer, community activist, Ukrainian patriot, fundraiser, mentor – passed away in the Covid ward of Grey Nuns Hospital in Edmonton on 28 March 2021, on his beloved late wife Ivanka's birthday. He was born in Stanislaviv (now Ivano-Frankivsk in western Ukraine) in September 1936. Both grandfathers were priests, and his parents were both pharmacists. He spent the duration of World War Two in Switzerland, being reunited with his parents and meeting his younger brother Wolodymyr for the first time in Vienna in the late 1940s. There, and in the Displaced Persons Camp in Lexenfeld, he (re)learned Ukrainian and developed a strong personal identity as a Ukrainian patriot. At 12 years old, Bohdan was particularly impressed during Easter in the camp. A great church service took place overnight, including large processions with candles. On Easter morning, everyone greeted each other with “Христос Воскрес!” [Christ is Risen!].  He had never been in a situation where the general population spoke Ukrainian, where they expressed their traditions openly, and were deeply moved by them. He understood then that these things were very important and internalized them profoundly.

The family was sponsored to come to Canada, and settled into the large Ukrainian immigrant community in Toronto, participating in St. Nicholas Ukrainian Catholic parish and the Ukrainian Plast (Scouting) Organization. After high school, he studied at the University of Ottawa (BA Humanities, 1963; MA Slavic Studies, 1966). He enrolled at the University of Toronto in 1967 for his PhD, again following his interest in Ukrainian Studies. His dissertation project was a linguistic analysis of the novellas of writer Vasyl Stefanyk. Bohdan married Ivanka Hlibowych. In this busy period, they moved to Ottawa for him to teach Russian and Ukrainian at Carleton (1969-1971). Bohdan accepted a position in Ukrainian linguistics at the University of Alberta in 1971, and the couple moved to Edmonton. Ivanka passed away at a young age in 1975. Bohdan remained in Edmonton, where he found his professional home and spent the remainder of his career.

Observing the general ethnic revival and “roots” movement across North America, the specific impact of the CYMK “Cultural Immersion Camps,” and following up on his own long-time interests, Bohdan saw strategic openings to teach classes in Ukrainian folklore, the first of which was offered in 1977.  This initiative quickly grew into a specialization, and eventually into MA and PhD programs. In this way, Bohdan’s academic focus shifted from his early concentration on politics and history, through linguistics, and on to folklore studies. His professional publications focus on the history of Ukrainian and Ukrainian Canadian folkloristics, traditional Ukrainian songs and proverbs in Canada, and teaching resources. Bohdan was dedicated to his students, often keeping in contact with them for many years thereafter. He was a very sensitive supervisor, working intensely and frequently with those graduate students who benefited from such attention, but retreating into the background with others to allow them to spread their wings. He made a habit of engaging deeply with one or two younger individuals at a time and mentoring them broadly, “adopting them” as those fortunate insiders sometimes called it.

The growth of Ukrainian folklore classes and rise of graduate programming necessitated a shift to develop administrative infrastructure, and especially fundraising. Bohdan excelled in this pursuit as well, working with the university and the Friends of the Ukrainian Folklore Centre to establish nine endowments for the folklore program and its students. He worked tirelessly as the Peter and Doris Kule Centre for Ukrainian and Canadian Folklore (Kule Folklore Centre) grew into a nationally and internationally significant research centre at the University of Alberta. The “Bohdan Medwidsky Ukrainian Folklore Archives” was named in his honour in 2003, and has grown tremendously in size and importance since that time.

Bohdan Medwidsky was not an ivory tower academic, but was always wholeheartedly engaged in public and community activities. His dedication to Plast continued actively for decades. He worked with the Canadian Institute of Ukrainian Studies in the 1970s to help develop Ukrainian Bilingual schools in Alberta. He was an important consultant and supporter for the Ukrainian Cultural Heritage Village, the Friends of the Ukrainian Village, and the Premier’s Advisory Board for the UCHV. He was an active parishioner of St. George’s Ukrainian Catholic Parish in Edmonton, and a leader in the Brotherhood of Ukrainian Catholics of Canada at the local and national level. He was a long-time member of boards for the Ukrainian Canadian Congress. He also provided his time and skills to the Ukrainian Pioneers’ Association of Alberta, the Slovo Association of Ukrainian Writers of Canada, the Vinok Folk Dance Society, the Alberta Society for the Advancement of Ukrainian Studies, the Alberta Ukrainian Commemorative Society, the Shevchenko Scientific Society (Western Canadian Branch),  the Ukraine Millennium Foundation, the Folklore Studies Association of Canada, the Human Rights Citizenship and Multiculturalism Education fund, the Conservative Party of Canada, and others. As a volunteer he contributed hundreds or thousands of hours annually, ongoing for decades. He helped realize many initiatives for the Ukrainian community and for the good of the general public as well.

Bohdan Medwidsky was recognized by diverse communities for his contributions. He was twice awarded the “Eternal Flame in Silver” in Plast (1997 and 2004). He was presented the “Medal of Service, Third Degree” by Ukrainian President Viktor Yushchenko (2008) and the Shevchenko Medal by the Ukrainian Canadian Congress (2010). The Folklore Studies Association of Canada awarded him the Marius Barbeau medal (2011). In addition to his contributions of time, Bohdan Medwidsky was a very active philanthropist, providing strategic and generous financial support for many diverse causes and organizations.

Bohdan Medwidsky had an original sense of humour, and a ready twinkle in his eye. He was steadfast, patient, and above all persevering, deriving great pleasure from overcoming obstacles to achieve his goals. Though he did not typically like to speak about himself, he sometimes noted “я будую Україну” – “I am building Ukraine [in my own way, and here in Canada].” This is profoundly true, and his impact will continue on and on.

Though Bohdan lived in Edmonton, he continued to connect strongly as a loving brother, uncle, brother-in-law, and friend to many in his extended family's community in Toronto. He leaves behind in sorrow his brother, Dr. Wolodymyr Medwidsky with his family and other family, friends and colleagues in Ukraine, Canada and the U.S. Affectionately known as “Стрийко Літак" because of the many trips he took during Christmas and Easter holidays, he will be profoundly missed. One of his last words were “тримаймося” - Let's keep holding on.

Due to covid-19 protocol and restrictions, funeral memorial services will be streamed virtually at the following:

In lieu of flowers the family requests that donations be made to:

Due to the current Covid - 19 restrictions in Toronto that allow a maximum number of guests to attend a funeral, the service details will be kept private and attendance will be by invite-only.

The family thanks you for your support and understanding during this challenging time.

Due to Covid-19 precautions the Interment Service will not be open to the public.

Anne Sochan
Dr. Bohdan was a wonderful advisor, mentor, and eventually a 'distant' colleague and friend. His sly sense of humour was a timely gift during stressful times in and beyond graduate school...he just knew when a cup of coffee (or a meal) was in order 'to talk'. I shall miss him ànd our visits during many conferences and conventions when our paths crossed! Vichna Iomu Pamiat'!
Let Us Help You In This Time Of Need Contact us

Designing Your Farewell: PrePlanning Tomorrow for Peace of Mind Today