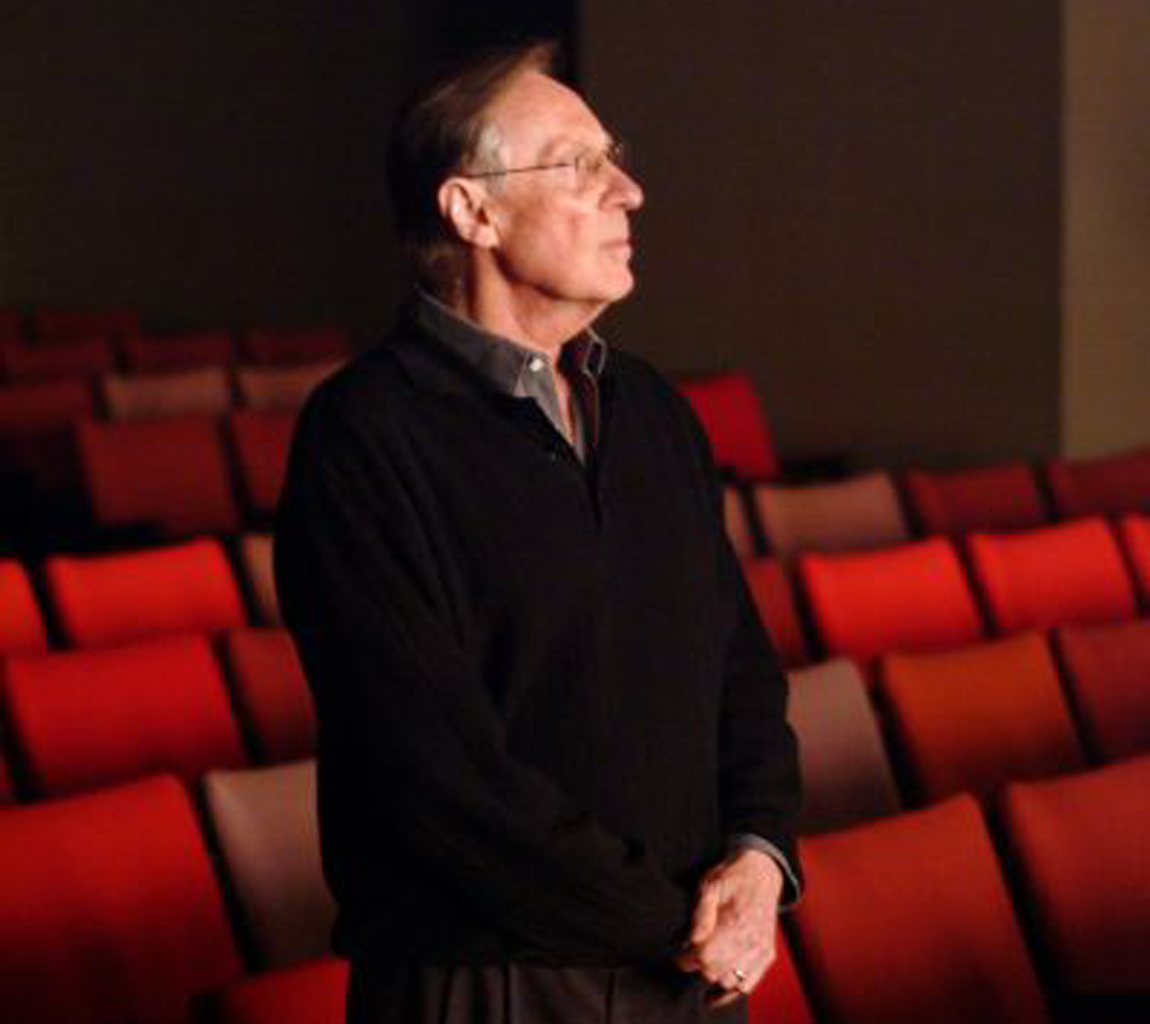 With his daughter by his side, David died peacefully on Saturday February 8th at Toronto General Hospital. He was predeceased by his beloved wife and partner, Dorothy, and his brother Desmond. David is survived by the apple of his eye, his daughter Jenny, her partner Christine, close friend Gail Carr, and the Gardner family.

Born in Toronto, David was an actor, director, and historian. He got his start at Toronto’s Hart House Theatre where he played roles such as Othello, Macbeth, Marc Anthony, and Constantin. In 1949, he turned professional with Ontario’s Straw Hat Players. During the 1950s he appeared with the New Play Society, the Royal Alexandra Theatre, the Crest Theatre, and Jupiter Theatre in Toronto, the Canadian Repertory Theatre in Ottawa, and Brae Manor Playhouse in Quebec. He also toured North America with the Canadian Players. David performed for three seasons at the Stratford Festival, winning the Tyrone Guthrie award in 1956.

Over his long and distinguished creative life, David’s contributions to Canadian theatre were immense. In 1960, he led the founding of the National Theatre School of Canada, which has become the Canadian Centre of excellence in theatre training. Many of Canada’s most important theatre, performance, film, and television artists have been trained at the school. He leaves a lasting legacy for the young artists who graduate every year from the National Theatre School, and for the many Canadian theatres he helped to launch and which continue to inspire audiences to this day.

David directed and produced 75 dramas for CBC Television including CBC’s first full-length film, The Paper People, written by Timothy Findley, which went on to win the Wilderness Award for Direction (1969). He also created the Quentin Durgens MP TV series starring Gordon Pinsent. He served as Artistic Director of the Vancouver Playhouse from 1969 to 1971. During his tenure as Theatre Officer for The Canada Council (1971-72), David was instrumental in launching a new era of alternate and Indigenous theatre, introducing and subsidizing 25 new Alternate Theatre companies across Canada.

David returned to academic life in the mid-1970s, taking first an M.A. (1974) and then a PH.D. (1983) in Canadian Theatre History at the University of Toronto, where he also taught and directed. He lectured at York University, the National Theatre School of Canada, and for 20 years taught the ‘Acting for Camera’ course at George Brown College. During this time he also appeared in productions at the Neptune Theatre, the Manitoba Theatre Centre, Hamilton’s Theatre Aquarius, Ontario’s Red Barn Theatre, the Huron County Playhouse, the NAC, and again at the Stratford Festival in 1986. In Toronto he played for Tarragon, Canadian Stage, Necessary Angel, and Factory Theatre. David either performed or directed in more than 850 stage, film, radio, or television shows.

David won the Canadian Film Award for Best Supporting Actor in The Insurance Man from Ingersoll (1976), the ACTRA Award for his work in Bethune opposite Donald Sutherland (1978), and a Gemini Award (1997) for his leading role in the Traders series.

Finally, and most importantly, we remember David for who he was as a person and this stands above all else. As a father, husband, uncle, friend, and colleague, David exemplified generosity, humility, loyalty, and strength in the face of adversity.

Jenny wants to thank the staff at Hazelton Place for taking such good care of her dad for the past eight years, with special thanks to his personal care worker Grace.

A celebration of David’s extraordinary life will be held on Saturday, May 2, 2020 in the Great Hall at Hart House from 1:00 to 5:00 pm. Dr. Gardner established a permanent annual endowment fund in 2014 that gives University of Toronto students the opportunity to acquire real-life, highly-technical experience in directing at Hart House Theatre. Donations in his memory can be made to the fund https://donate.utoronto.ca/gardner

Electronic condolences can be left at www.cardinalfuneralhomes.com

As the coronavirus (COVID-19) situation evolves, Cardinal Funeral Homes is putting the health and safety of our guests, staff and community at the highest priority.

We are following direction from Ontario Public Health and Health Canada and request that family members or guests who are experiencing any cold or flu-like symptoms (e.g., fever, cough, shortness of breath), have traveled internationally or been in contact with someone who has traveled internationally, refrain from visiting our funeral homes at this time.

Effective immediately the following precautions and procedures have been implemented:

As of May 29, the regulator that oversees funeral homes and cemeteries, the Bereavement Authority of Ontario, has imposed new restrictions that dictate how visitations can take place during the pandemic. Under the new restrictions, we have been mandated to separate groupings of visitors rather than cycling or “trading off” of people through the funeral home for a visitation. Our funeral directors will be working with our client families to ensure as many of their loved ones as possible will have the opportunity to say goodbye in a safe manner. This will, however, require that all visitations and services going forward are by “invite only.”

There will be no vigils or wake services at any places of worship. As well, Chapel Services will be limited to immediate and extended family members.

Our Coffee Lounge is closed and receptions are not available. Please do not bring outside food or beverages into the Funeral Homes.

All of our bathrooms are equipped with disinfecting hand soap and cleaned regularly. We also have increased the frequency of cleaning and disinfecting our public areas.

Hand sanitizer is available throughout the Funeral Homes. As well, signage has been posted throughout to remind all visitors to adhere to our new precautions and procedures.

Condolence Resources. Please reach out to families in their time of need. Friends should sign our online register books and/or send flowers, but not attend the visitation or funeral services. While visitations and services are limited to immediate and extended family, families appreciate your show of support through this very difficult time.

For over 95 years, Cardinal Funeral Homes’ mission has been to provide exceptional and meaningful funeral service experiences for the families we serve through teamwork, dedication and professionalism, as well as to provide comprehensive bereavement resources. We will continue to make every effort to support our families and staff through their grieving process in this difficult time.