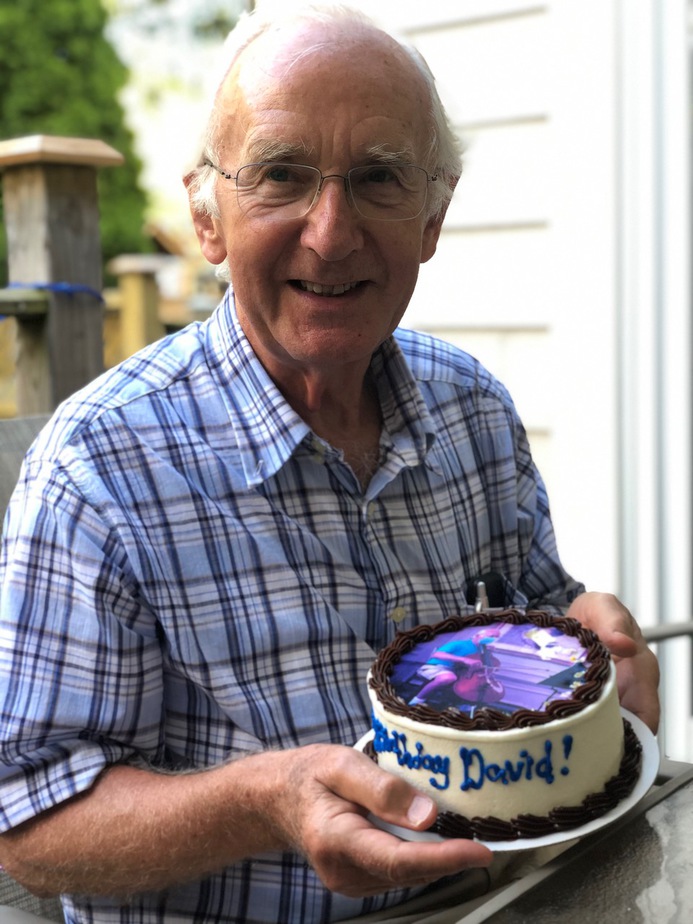 As a young man, David excelled at mathematics and woodworking, life skills that drove his career and hobbies respectively. His career commenced at an insurance company in London, England, where he also began his studies into actuarial science.  David enjoyed starting several woodworking projects for his children and grandchildren; it was completing them, that he was often challenged with.

During a trip to Canada, David found opportunity to progress, and relocated to continue his career as an actuary.  David enjoying not only working with his colleagues but also taking time to give back to his profession.  Well respected, David was a Fellow of the Canadian Institute of Actuaries, Fellow of the Institute of Actuaries (UK) and member of the American Academy of Actuaries and served on many of their working groups in Canada and internationally.

Shortly after relocating to Canada, David met his wife to be, Margaret Elizabeth Dopp and they were married at Neuman Chapel on the May 30th, 1970.  They have two sons James Tavis (1973) and Christopher Brian (1976).

After retiring, David spent his time volunteering with the Canadian Celiac Association sitting on their Boards, travelling with his wife, and spoiling his four grandchildren as much as possible.  David also took it upon himself to learn music and fish, not quite mastering either one of them, but bringing all his energy and enthusiasm each and every day.

David is predeceased by his parents. He is survived by his wife, Margaret; his brothers Peter and John; his sister Rosemary, his sister in laws (Barbara, Doreen, Carol); his children, James (& Renata) & Christopher (& Lesley); and his four beloved grandchildren, Chiara, Luca, Sidney and Bodie.

Donate in memory of David Congram.
Your gift will help continue that work David so passionately cared about
access to safe gluten-free food, increased awareness and research to improve quality of life for people living with the disease.
http://weblink.donorperfect.com/In-Memory-of-David-Congram

Beginning July 16, 2021 the Bereavement Authority of Ontario is once again permitting visitations and services to take place that are open to the public. We must continue to maintain physical distancing, the wearing of masks and may not allow more than 40 guests at any one time. Once the maximum limit has been reached, we will ask any additional guests to kindly wait outside in a physically-distanced line until there is room to enter safely.

Provincial Covid-19 precautions limit a maximum of 40 people in the funeral home at a time. This may require visitors to wait in line for access to the building.

Provincial Covid-19 precautions limit a maximum of 50 people in the funeral home at a time.

The interment will take place at a later date