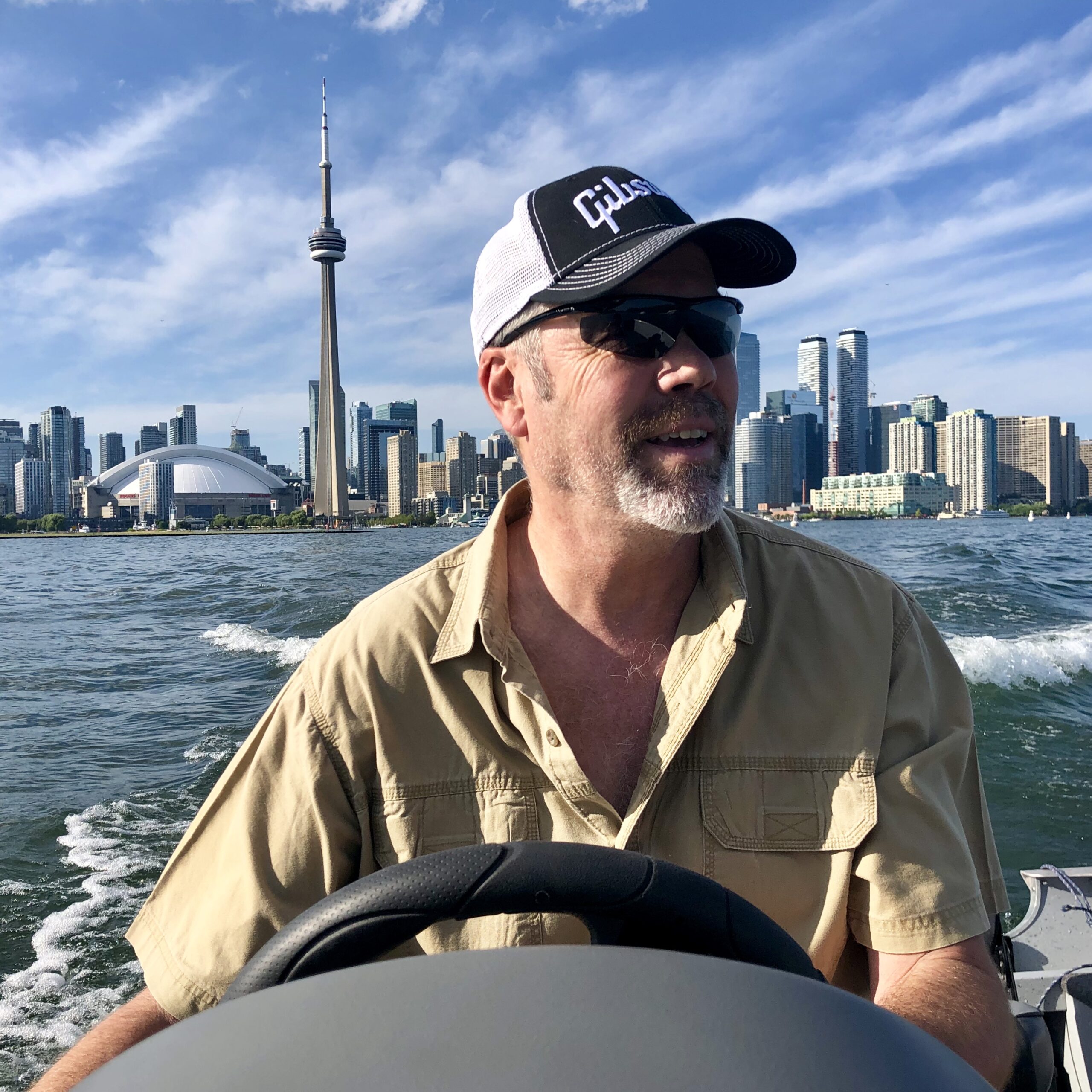 John Douglas Canning died at Kensington Hospice on St. Patrick’s Day in Toronto.  Born at St. Michaels hospital in Toronto, Ontario to Samuel Craig Todd Canning and Kathleen May Canning nee Hellier. He grew up in Etobicoke, stayed connected to the Burnhamthorpe Collegiate alumni and graduated from the Visual Arts program at OCA before it became OCAD.

John worked for the City of Toronto for over 30 years, in Parks and Recreation and City Planning where he had an impact on the way we participate and navigate in his city. Motivated by curiosity, driven by a creative mind he explored inclusive approaches using technology for good. His role as a mentor, to students and many who continue to work for the City was a source of pride and a legacy to his public service.

John was a kind, generous, very funny and creative person. He had a witty and dry sense of humour.  He was a clown, literally, was “Maxi the Clown” for parties in the 70’s.  You could always find him making classic “Dad”, “pop” corn and drummer jokes as well as making puns, ironic comments, and pranks.  He was a real “Fun Guy”.  It was a skill that came both naturally but also one that he worked at.

John was a Renaissance man, had many interests, passions and areas of knowledge.

As a handy man, he could fix almost anything and if he couldn’t fix it, he would create something new, make a “new box”.  If there was a problem, John would try to figure some solution in a “Canning Can Do” way.

John had lifelong interests in both music and art. He played the piano as a child and went on to play acoustic guitar and then bass guitar for many bands both in Toronto and Barrie.  Growing up he was proud to call himself a Bowie fan, always a rebel, Rock and Roll and a Prog Rocker who defied being pigeon holed to just one genre.  John’s interest in painting developed as a teen.  He was inspired by the works of the Group of Seven, Tom Thompson, Franklin Carmichael, and enjoyed painting landscapes “en plein air” from nature during his trips up to the La Cloche Mountains near Willisville, Ontario. John also enjoyed fishing and driving boats, anything with “wheels” or “a motor” he would always say.

John had many passions but his greatest was his love for people.  He adored his family, wife Cari, daughters Sidney, Kelsey and Rebekah, brother Craig and sister-in-law Heather, Cheryl and the Browne family, and numerous cousins. His many dear friends from childhood, high school, work, his community in Toronto, Barrie and beyond…

John lived 30 months with Glioblastoma 4.  During that time, he lived life to the fullest — with enthusiasm and passion. He continued to create music with his band Nothin’ But Neil, painted up north, enjoyed the beauty of life, climbed mountains, made many jokes, fixed things around the house, went fishing and spent time with family and friends until he died.

Guests will tour the Gallery from 6:00 to 7:00. The formal ceremony and reception with live music will start a 7:00 pm. If you would like to attend please email: Johnscelebrationoflife2022@gmail.com.

Guests may tour the gallery from 6 - 7pm. A Celebration of John's Life will begin at 7pm, followed by a reception & live music. To attend, please email Johnscelebrationoflife2022@gmail.com

A Celebration of John's Life will begin at 7pm; reception and live music to follow. To attend please email: Johnscelebrationoflife2022@gmail.com.

Bob Purcell
John and I were work colleagues but more importantly we were friends. We had a few quirky inside jokes where we couldn’t look at each other during meetings for fear of laughing. John was innovative, patient and could break the seriousness of the situation with a well planned comment. John was fun to be around and will be missed
Terri and Dan Stapleton (nee Freeman)
John was a dear friend to my brothers over the years and we considered him "family". They enjoyed many of the same interests and John was always willing to share his amazing "art" talents with them. Our sincere condolences....treasure the memories - they are your forever. "Families are forever" - Hugs
Let Us Help You In This Time Of Need Contact us