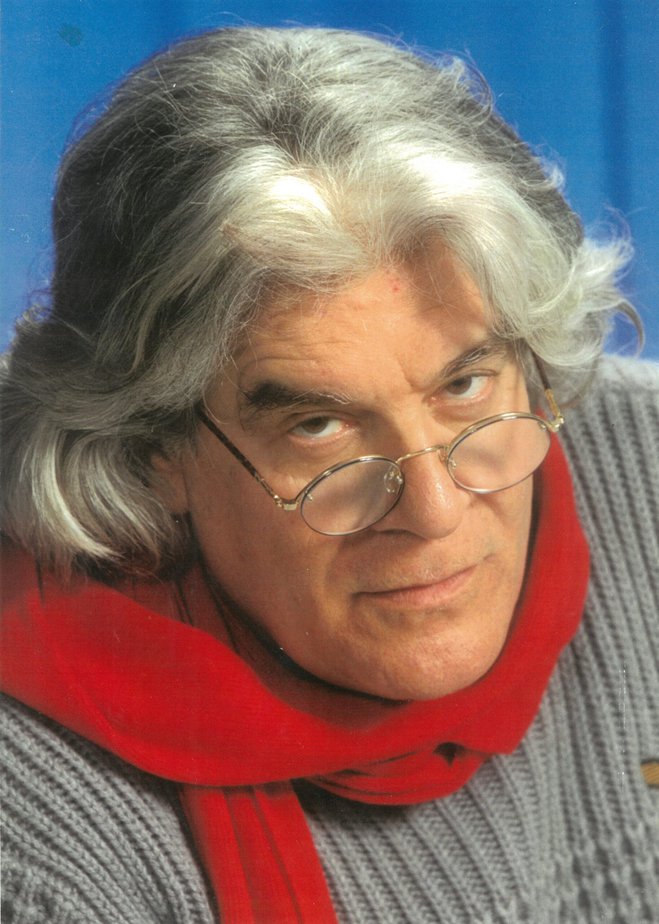 Oliver lived life well and with his beloved wife, Lorraine O'Donnell (died 2006), he lived life to the fullest. They hosted gourmet meals, wine tastings, cooking classes and celebrations in their Victorian home lasting into the wee hours. Their warm spirits, Lorraine's exquisite table treatments and Oliver's eclectic music choices are memorable. Their passion for food and wine motivated them to travel widely and discover delights gleaned from the Michelin Guide. Oliver lived for the moment and attracted like-minded people. He and an intimate group of friends, 'Les Mangeurs,' annually celebrated Epiphany and other events with extraordinary feasts. Born in Italy's Abruzzo region, Oliver and his family came to Canada in 1952. He overcame language barriers and excelled academically at Central Tech, and later Central Commerce. At 19, he interrupted his schooling to work for the Ontario Provincial Police. After meeting his future wife, Lorraine, Oliver completed the requirements to go to university. He earned his BA in History and Spanish at York University, and completed a year of graduate studies at University of Toronto before deciding to share his knowledge and passion for history and art as an educator. After completing his Bachelor of Education, Oliver taught history and religion at Paul Dwyer Secondary School (formerly Oshawa Catholic High School). During Oliver's 28-year tenure at Paul Dwyer, he became a much loved teacher. Students admired his dynamic teaching style and passion. Oliver organized student trips to Rome, Greece and Egypt during March breaks. Students stayed in touch with him even after his retirement. Oliver and Lorraine ended their careers teaching abroad in Lahore, Hanoi and Cairo. Ever-willing to explore new cultures, they accumulated fascinating collectibles. The work overseas helped finance the purchase of a derelict farmhouse in Tuscany, which became a treasured retreat for Oliver. The death of his beloved Lorraine in 2006 was devastating. In 2008, Oliver was diagnosed with Parkinson's; a disease he endured with courage, determination and defiance. He participated in dancing and singing programs for people with Parkinson's. With the help of family and friends, he accomplished the renovation of his Tuscany home. Oliver was determined to age at home. Helped by his devoted sister, Mary, and a team of attendants, Oliver fulfilled that dream. After surviving COVID and other setbacks, Oliver's decline became more rapid. Palliative care ensured Oliver's end of life was comfortable, peaceful and dignified. He took his last breath with his caregiver and loving sister by his side, as the music of Ludovico Einaudi played softly. Oliver's ashes will be dispersed in Lough Erne, Ireland, to join Lorraine's, and in Monte Mitra, Italy. Oliver will be missed by his family, sisters, Nancy Cooke (Stephen), Mary, and Joanne Kerr (Randy); his nephew, Jason Kerr; his niece, Olivia Cooke (James), and their two darling girls, Emily and Mia; his in-laws, Brian O'Donnell (Sharon) and their daughters, Lori and Kerri; Blanche Drahun (John) and their sons, Darryl and Todd O'Donnell and Justin Drahun, and their children, Connor and Hailey, Ryan, and Cole; Patricia O'Dell (Alasdair Maclean); and by his devoted attendants and the many students, colleagues and friends whose lives he enriched. The family extends heartfelt gratitude to Oliver's dedicated attendants, the medical team at The Movement Disorder Centre at UHN and the palliative team at the Tammy Latner Centre. Funeral ceremonies will take place at the Cardinal Funeral Home, Bathurst/Dundas location, Toronto. Visitation on Friday, January 20, 2023, from 2-4 and 7-9 p.m., and on Saturday, from 12-1 p.m. The Celebration of Oliver's Life will be held in the Cardinal Chapel on Saturday, 21, 2023, at 1 p.m. In lieu of flowers, donations may be made to Parkinson Canada.

To join the livestream of the Celebration of Life for Mr. Olive Pace please click the below.

Anne Marie Faustino
Dear Mary, Your brother was one of my most memorable teachers at Paul Dwyer for whom I will forever be grateful for instilling my love of Egyptian history and curiosity of the world. I will always remember his flair, and story telling. He told us the most incredible stories of Italy showing us slides of his alfa romeo and his picturesque home. I always thought he should have been a university professor as his intelligence may have been surpassed our immature high school minds. It was because of him when I moved to Italy many years later I wanted to buy an Alfa Romeo. Exposure to hieroglyphics in his ancient history class, sparked something in me, and many years later I thought of him as I travelled through Egypt and trying desperately to decipher hieroglyphics often wishing he was my tour guide. I always think of him fondly, and only wished I had the privilege of knowing him in my adult years. My deepest condolences. Please know your brother was a much loved and appreciated teacher who inspired many of us. May he rest in peace and return to his beloved wife. Anne Marie
MARIA GALLUCCI
My condolences to Nancy, Mary & Janet for your loss, Oliver was a good person. I remember him picking up my father (Guerino) myself and Lina to go up to Wasaga Beach for the weekend. He would be playing songs going up the 400 your mother would prepare food in the kitchen for all of us. Nice memories cannot forget the good times. RIP Oliver we will miss you Mary Gallucci
Kathy Power
Mr. Pace taught me at Paul Dwyer. He left an impression on people by what he said and did. I have memories of him driving to the school in his convertible sports car with his sunglasses and scarf. I fondly recall him as being passionate about art and culture. We were fortunate to have the opportunity to have this unique teacher share his passions and open students up to ideas, thoughts and worlds they otherwise would not have known.
Domenic Viglione , long time neighbor .
Condolences to the family. I am sad to see him go. Oliver will always be a part of what old Little Italy was for me when the community was vibrant with many Italian immigrant Families. I still remember seeing Oliver for the first time. I was 5 or 6 years old (or maybe younger) playing with Oliver’s neighbor’s kids Mike and Aldo and found it amusing to hear the sound that came from his shoes when he walked. This was my first introduction to clogs and honestly in my years have not come across many others who wear them. He was different than others who lived in the area which is a good thing .
Mary Hayes
Mr Pace was such a unique teacher. He brought his classes to life! And so stylish! He is greatly missed by everyone who knew him. Please accept my condolences.
James O’Neill
I worked with Oliver as a colleague at Monsignor Paul Dwyer in Oshawa. A man of wit and charm; a true “bon vivant”. I missed his conversation after he retired. I however; never forgot them or the man attached to them. As we Irish say: “You will not see the likes of him again”. Rest Well.
Eileen Mac Donald
What a wonderful Man Oliver was to many many people . Rest Peacefully . You will always be in my memories .
Ruth Nicholls
Mary, I was so sorry to learn about Oliver’s death. I taught with him for many years at Dwyer. His unique personality and varied interests made him a popular fellow with students and staff alike. My sincere sympathy!
Anne Brady
Mary, my sincere condolences in the death of Oliver. I worked with Oliver for many years at Dwyer. Oliver was well liked by students and staff alike. He added quite a flair to the community.
Let Us Help You In This Time Of Need Contact us