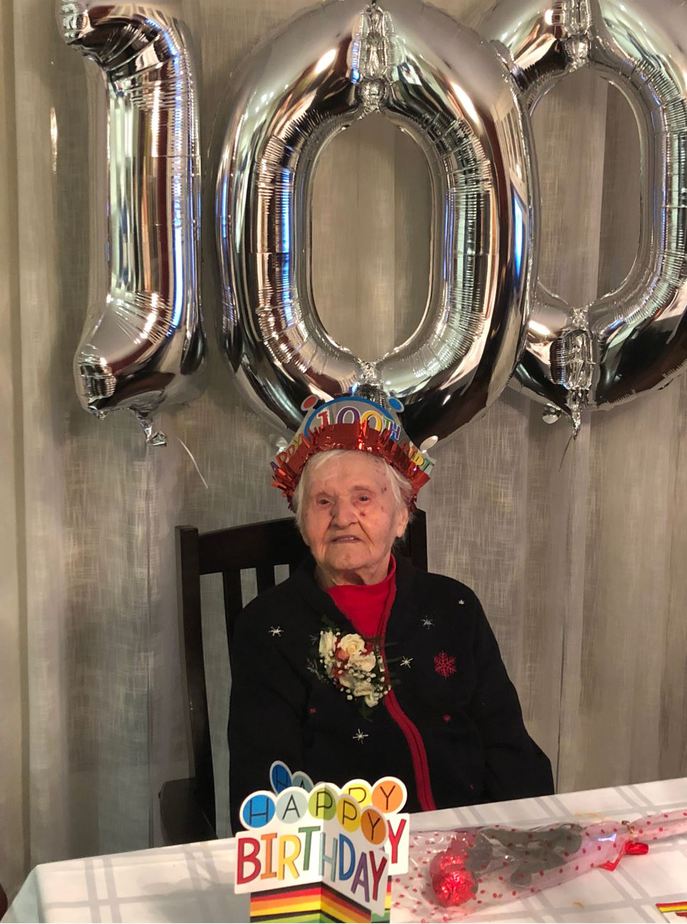 Maria passed away peacefully at Kensington Hospice. Mom was known affectionately as “Babi.” She was loved and cherished by her family, daughters Irene and Terry (Vince), grandchildren Sherry (Victor), Tammy (Cathy) and Marc, and great grandchildren Lindsay, Justin, Bailey and Ashley. Maria was predeceased by her beloved husband of 42 years, Aleksander, in 1987.

Maria was born in Ukraine where she endured many hardships early in her life, including the famine (Holodomor), when her father and brother died of starvation. In 1941 she was deported by cattle car to Germany where she was forced by the Nazis to work as a slave labourer, an ostarbeiter. It was there that she met her future husband. When the war ended, she and Aleksander were taken to a Displaced Persons Camp, where they were among 24 couples who were the first to be married there by a Polish-American priest. Their first daughter, Irene, was born in Germany. They soon had the good fortune to be accepted as immigrants to Canada. Aleksander went ahead in 1948  and Maria and Irene followed in 1949. Maria and her husband worked on a farm in Georgetown to pay their travel debt before moving to Toronto where they worked hard to build a life for themselves and for their daughters Irene and Teresa.

Mom had a strong work ethic that was fuelled by her deep faith in God. She asked little for herself and never wanted anyone to raise a fuss over her. She was a wonderful cook who often rose early in the morning to prepare traditional Polish dishes to share with her family. She loved animals and had many pets in her long life.  She loved movies and often found herself engrossed by them, even when she didn’t understand the words. In the evening she could often be found watching ballroom dancing or figure skating, no translation needed. She had a sweet tooth and could always find room for a little bit of dessert. She led a simple life, but a life that is deeply appreciated by her family who love and miss her.

Due to COVID-19 and the health and safety of her family, all funeral arrangements for Maria will be private.

SUSAN PATTERSON
What a sweet little lady she was. She is a peace now.
Let Us Help You In This Time Of Need Contact us