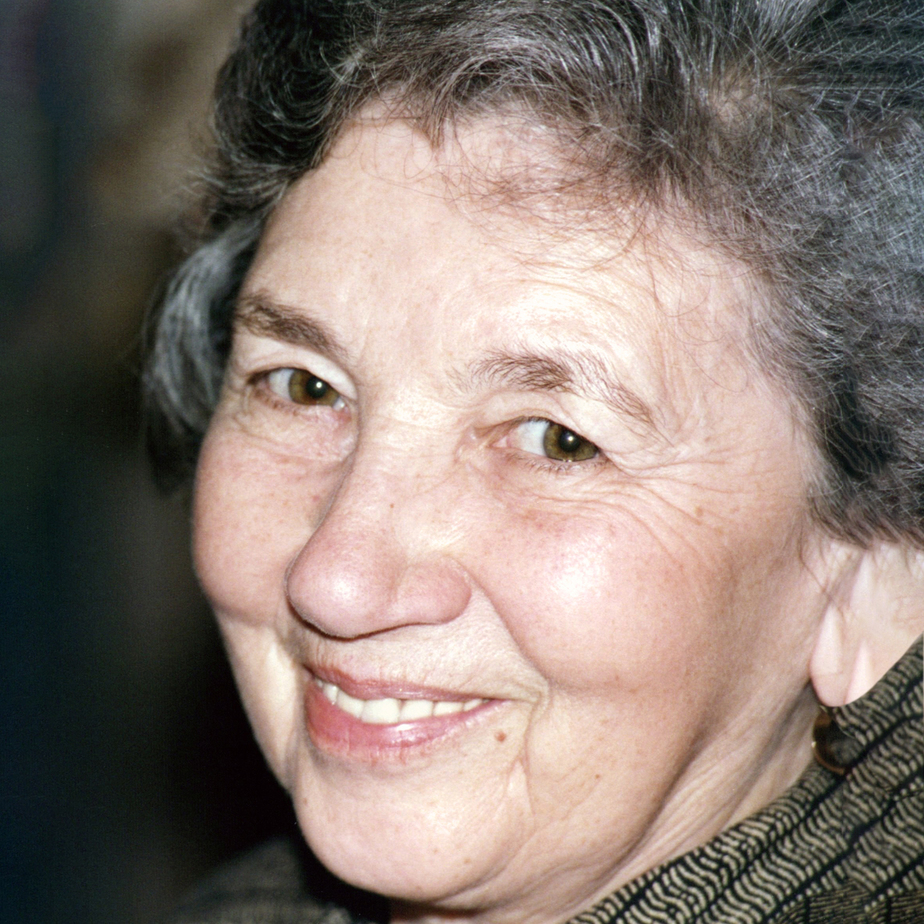 Passed away peacefully on September 4, 2021 in the company of family at the Ivan Franko Home for the Aged in Toronto.

Wolodymyra was born on September 11, 1922 in the historic town of Olesko in Halychyna (Galicia) in Ukraine. Her father, Andrij (Andreas) Turczyniak, was a prosperous businessman in Lviv. Her mother, née Maria Jakymowycz, loved the countryside and preferred to spend time at their family property at Terebezhi near Olesko. Wolodymyra had one brother, Tadej (Ted), which was unusual, as families were quite large in those days. There were, however, many cousins, almost all of whom were later repressed, killed, or exiled to Siberia by the Bolsheviks.

Wolodymyra left Olesko to study in Lviv. She planned to become a medical doctor but war and politics would get in the way of her achieving her ambition. Life in Halychyna during her youth was highly politicized. After the end of the First World War, Halychyna came under Polish rule, but in September 1939 the Soviet Red Army occupied Lviv. The NKVD (predecessor to the KGB) began arresting people suspected of being anti-communist or harbouring Ukrainian nationalist sympathies. As a teenager, Wolodymyra had become a member of the Ukrainian nationalist underground, OUN (Organization of Ukrainian Nationalists), which made her a target for persecution. She would be honoured for her contribution to the Ukrainian resistance later in her life.

In June 1941 Nazi Germany invaded Halychyna. The Gestapo soon revealed its intentions in Ukraine, which included eliminating any trace of Ukrainian national aspirations. Wolodymyra was acting as a courier at the time for the Ukrainian underground when she was arrested, imprisoned, and brutally interrogated. Thanks to a ransom paid by her father, she was able to gain her freedom and returned to her medical studies.

Fearing the political situation in Lviv, the Turczyniak family moved west to the Carpathian foothills, even as Wolodymyra continued her studies in Lviv. With the Soviet front approaching (the Red Army would retake Lviv in July 1944) the family again had to flee. Dido (grandfather) Turczyniak was able to purchase spots on a train headed for Austria. Ever resourceful, he obtained a work permit and Wolodymyra also found work with a doctor near Graz as his medical assistant.

With the Soviet front approaching again, the family moved to Bavaria; on the way there, in May 1945, they learned of Nazi Germany’s surrender. Despite an attempt to “repatriate” the Ukrainians to what was now Soviet Galicia, the family, together with many other Ukrainians, came under the protection of the US Army. The family eventually ended up in a “displaced persons” (DP) camp in Mittenwald where they remained until 1948. While in the camp, Wolodymyra met her future husband, Ivan (John) Luczkiw, a student in Kassel. They were married on November 27, 1948.

Wolodymyra obtained a visa to Canada and arrived in Halifax on January 24, 1949 where she became a Landed Immigrant and was given $10; she still had to pay for the sea voyage herself. From Halifax she went directly to Toronto where her father, mother, and brother were already residing. She then helped her husband Ivan to immigrate after he finished his engineering studies. He predeceased her in 1974 and she remained a widow until her death.

Wolodymyra was an active and often leading member of many Ukrainian community organizations, including the World Federation of Ukrainian Women’s Organizations (SFUZHO); the World League of Ukrainian Political Prisoners (LUPV); the Ukrainian Catholic Women’s League of Canada (LUKZH); and Plast-Pryiat, the support group of the Ukrainian-Canadian Scouting Organization. For many years she was curator of the Ukrainian Heritage Association and Museum of Canada located in Casa Loma. When the museum was disestablished in 1989, she was instrumental in establishing the Ukrainian Heritage Association and Museum of Canada Award in Museum Studies at the University of Toronto. She also worked as a volunteer caregiver at the Ivan Franko Home for the Aged and most recently as a volunteer researcher at the Ukrainian Canadian Research and Documentation Centre (UCRDC). In 2012, in recognition of her 50 years of volunteer work, Wolodymyra was awarded the Senior Achievement Award by the Lieutenant Governor of Ontario at a ceremony in the Ontario Parliament Building.

To the end, Wolodymyra was a woman of tremendous determination and will power, a feminine force to be reckoned with. Her ready smile and kind manner endeared her to all who encountered her. In addition to her community involvement, she was devoted to her family and to the preservation of Ukrainian culture and traditions. She will be truly missed by family, friends, and supporters.

Mass will be performed at St. Nicholas Ukrainian Catholic Church (4 Bellwoods Ave. at Queen St. W.) in Toronto on Friday, September 10, at noon, followed by burial at Park Lawn Cemetery (section X). There will be no visitation at the Cardinal Funeral Home. COVID-19 precautions, including masking and social distancing, will be in effect. Unfortunately, due to the pandemic, there will be no visitation or reception following the funeral.

The family requests that flowers not be sent. If you would like to make a donation in Wolodymyra’s name, the Ukrainian Canadian Research and Documentation Centre (UCRDC) and the Ivan Franko Homes were close to her heart.

Due to Covid 19, there will be no visitation at the Funeral Home. Thank you for your understanding

The Funeral Service will be Livestreamed at: https://youtu.be/myJjB0QBIiU

Christine Laptuta
My sincere condolences to Lialia, Yurko, as well as extended family. It has been a long time since my parents lived next door on Baby Point Rd.I am grateful to my cousin Natalia Myhal who sent me this sad news, Both my parents were very fond of your family as well as good friends and neighbours. I remember your mothers smile very well. She was always kind, patient, and so very grounded. She should be recognized as a compassionate humanitarian for her commitment to her efforts. Vichnaya Pam'iat
Bohdan Lychacz
Dear Lialia, Yurko, Alex and extended family. Extending my sincerely condolences on the passing of your mother/grandmother. Although it has been a long time since I have visited your family home I still remember Pani Luczkiw well. Her photo reminds me of her smile, not just her lips, her entire face would smile. As the scientists in your family know, energy never dies, just gets passed on elsewhere. In her case, heaven.Vichnaya Pam'iat
Maxim Tarnawsky
Dear Lialia & George Unfortunately, the website treats messages in Ukrainian as spam.
Daria Evtushenko
Dear Lialia and family, Sending condolences for your dear Mother. I knew you from Plast and knew your Mother through the community that she loved so much. She certainly had a full and giving life and and will be remembered by many people. Хай спочиває у Бозі. Darka Evtushenko (Lada)
Ann Marie Nachuk Estrela
Dr. George I am so very sorry to hear about your Mom's passing. May she rest in piece.
Michael Nachuk
Dr. George - my sincere condolences for the loss of your wonderful mother. Her work and volunteer commitments helped many many human beings. May she now Rest In Peace.
Win and Walter Kuplowsky
Please accept our sincerest condolences on the passing away of your mother. I know that she will be in your heart and mind forever. Our prayers are with you.
Nadia Skop
Very sad to hear. I loved your mom! She was a joy to work with at UCRDC and will be missed. Her energy, spunk, intelligence and sense of humor were one of a kind. Vichnaya Pam'iat!
Let Us Help You In This Time Of Need Contact us