Cremation, Gravesides and Other “Just’s” 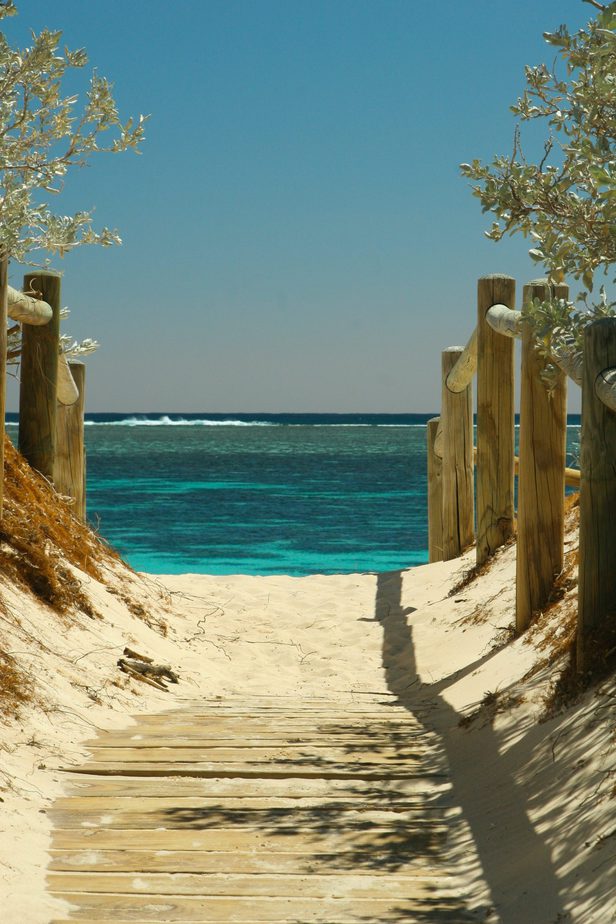 “We decided to just go with cremation.”

“We aren’t doing much.  It’s just a graveside service.”

I’ve heard these kinds of sentiments a lot over the years, and they have never sat quite right with me.  As I thought about it more, it became clearer.

I want to invite us to reconsider the way we think about end-of-life service and disposition options that we don’t see as traditional.  Perhaps it’s time to stop adding the word “just” when we talk about them.  I don’t believe the choice to do something other than a traditional service or burial should mean we minimize their immense value.

First of all, cremation is simply a different form of disposition.

The decision of cremation versus burial is very personal to the individual, and cremation is not a worse or better option than burial.  It certainly should not determine the quality of the efforts put towards saying goodbye.

After all, if 73% of Canadians are choosing cremation (and the rates only continue to climb each year), it’s probably high time we accept the reality of this new cultural norm.  It’s time we stop undermining it as any less valuable or worthy of our attention.

You can certainly have a meaningful, healing graveside service that brings comfort to all in attendance – just as much (and sometimes more so!) than a traditional funeral or memorial.  I’ve performed them, and they have consistently been wonderfully significant moments for many families.

Celebration of Life in a backyard.

Party at their favourite bar.

Scattering of cremated remains at a beach.

These are ALL fantastic opportunities to do what humans have needed to do wherever and whenever you go in history.  That is, honour the person we are saying goodbye to and help bring comfort and support to those who are mourning their loss.

Allow me to close with an example.

A couple of Jerry’s* family members had a variety of health issues that prevented them from saying farewell when he died.  It ended up being almost a year later that they were able to come together to finally lay him to rest.  So yes, it was much later.  And yes, we held what some would deem as “just a graveside service”.  But these factors did not determine the effort we put into the occasion nor the value that came from it.

Jerry was a big music lover.  He loved to listen to it and also enjoyed writing and recording music as well.  So I wove the theme of music throughout the ceremony.  I talked about the “song of his life” and invited his loved ones to think about this as they listened to me share his story.

I asked them, “If music is composed of melody, harmony, rhythm and timbre, what were the elements Jerry used to create the song of his life?”

As you can see in the picture below, the family brought all kinds of items that were connected to Jerry.  They really wanted to place a couple of them with his cremated remains in the grave.  As I told his story, we paused throughout so that a couple of them could place these items with him.


“Music became a life long passion, and so to honour Jerry’s heart for music, his brother-in-law Jim will come now to place Jerry’s music business card and one of his guitar picks with him.”

Later on, I said, “So now to remember the sacrifices he made and how hard he worked for his family, I invite his brother-in-law John to come and place his John Deere belt buckle with him.”

Jerry also had a life-long love for animals and a deep connection with the pets he had over the years.  There was a special place in his heart for his most recent dog Baer.  So at another point, I said, “And now I’d like to welcome his sister-in-law Sue forward to place a picture of Jerry’s beloved dog Baer with him.”

And finally, we gave his wife a special chance to say goodbye to her Jerry:   “And now to honour the love that withstood incredible ups and downs of their life together, Vici will place the wedding band with Jerry that she put on his hand five decades ago.”

Of course no ceremony is complete without music.  So not only was his guitar on display, but we thought what better music to incorporate other than Jerry’s!  I brought a small Bluetooth speaker.  And as he was placed in his final resting place, Jerry’s rich, deep voice sang his song “Life is Like a Movie” to us.

When all was said and done, this was a family who received the gift of being able to lay their Jerry to rest and have a personalized, meaningful time of farewell for him.  There was nothing “just” about it whatsoever. 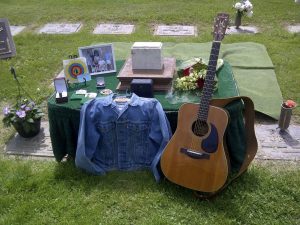 *All names are real and used with the family’s permission.